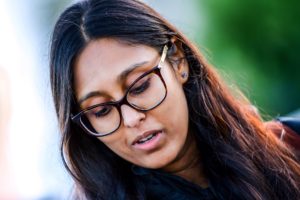 British rally driver Nabila Tejpar will head to the final round of the FIA European Rally Championship this week in a bid to seal the coveted ERC Ladies Trophy title at Rally Hungary (8-10 November).

After beginning her 2019 season in the Peugeot Iberica Cup and British Rally Championship, Tejpar would sample the popular FIA ERC at Rally Islas Canarias in May and from then on, mounted an assault on the series behind the wheel of her Peugeot 208 R2.

Her results in the championship mean that she will head into the final round with a 14-point lead over her nearest rival, with a solid result enough to seal the title.

The 26-year-old driver from Maldon in Essex has enjoyed a prosperous year in the European series and despite just contesting three of the seven events so far, has done enough to top the standings over the closing stages of the season. A win in Poland and the Czech Republic boosted her chances and heads to Hungary within sight the Trophy.

“It’s been a bit of a rollercoaster season to be honest,” she says. “We started the year in North Wales and the British Championship which ended upside down in a ditch. Things were looking pretty bleak back then. But we came back stronger and headed back to the Iberica Cup in Spain but really wanted to get more experience of other events, so I decided to try the ERC and I’ve never looked back.”. 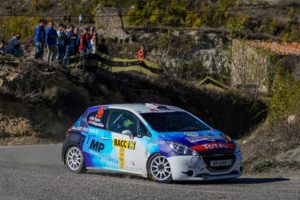 A handful of World Rally Championship outings in between ERC events offered the chance to continue building experience in Europe and although she missed out on her home WRC event, Wales Rally GB due to co-driver illness, she returned on Rally Spain last month, finding her feet on the rapid mountain asphalt.

Like all rounds of the ERC this season, it will be the first visit to Hungary for Tejpar and she remains open-minded about what is in store.

“Hungary is a new event in the ERC so everyone will be starting from scratch and that’s a great leveller,” she says. “It’s narrow but fast and that could take a bit of time to get the confidence built up but with 14 stages and over 210 competitive kilometres on offer then I`m sure I`ll settle in nicely. Again, it’s great to have the experience of Hugo (Magalhaes, co-driver) alongside me and we both know what needs to be done to get this title wrapped up. It would be a huge honour to bring it back to the UK for the first time since 2016”.

Rally Hungary kicks off with a ceremonial start on Friday with seven stages per day making up the competitive action before the podium celebrations at the rally base of Nyíregyháza on Sunday evening.